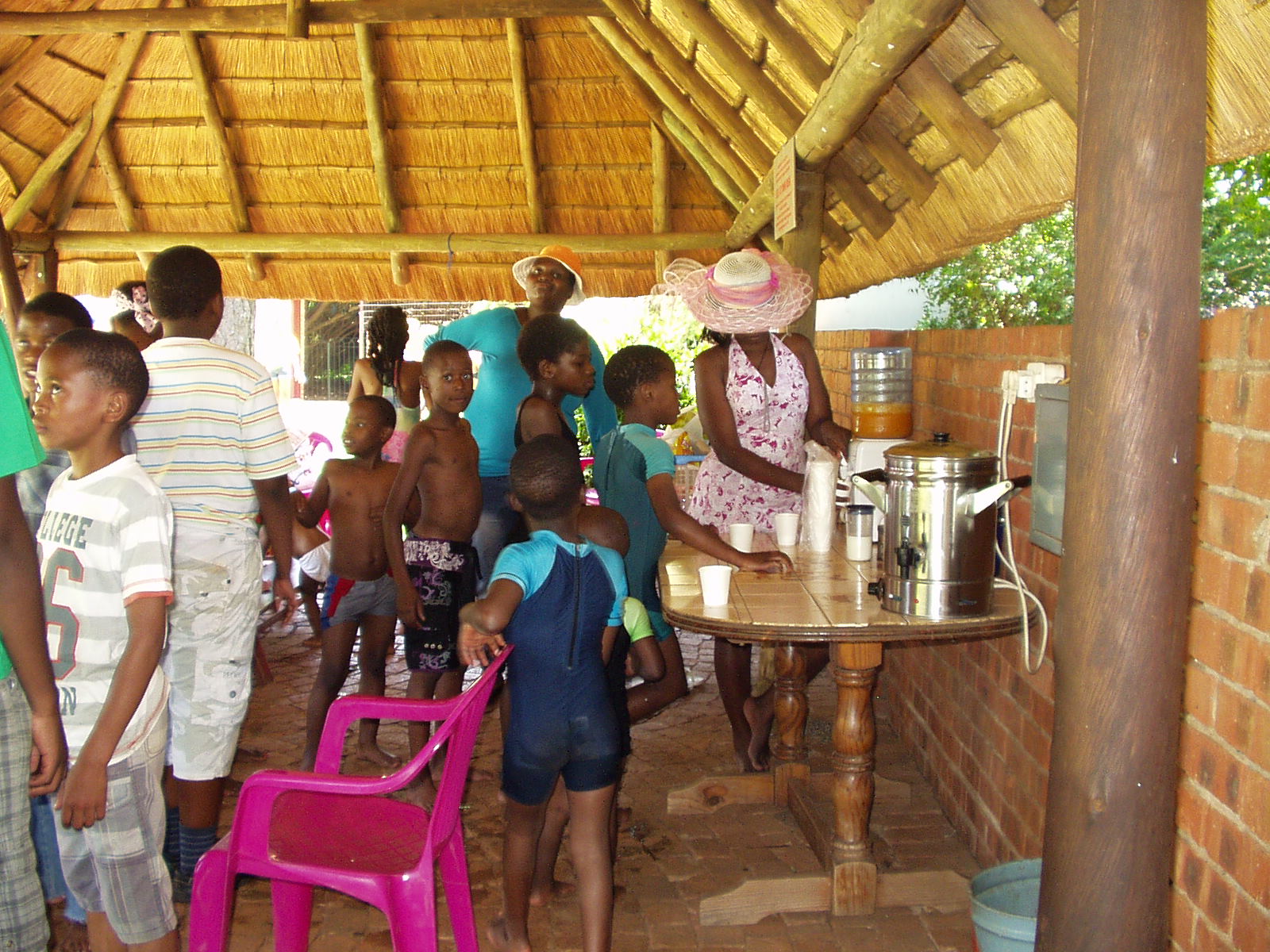 After lunch the kids were each given a bucket of veggies to feed the farm animals. The animals are used to the procedure and were all waiting eagerly at the fence, including the geese. I let some of the older kids into a separate area to feed the horses, as they were awaiting their treats from their enclosure.

Fatima was brilliant, she worked the water slide, she organised the drinks, she dished out the lunch plates, and she was able to discipline. It was such a pleasure to not be the only one shouting the odds. As usual a fortune of chips and marshmallows were consumed, and by the time Meschak arrived to fetch everyone, we had still not had time to bring out the popcorn machine or cut the watermelon, so the watermelon went back to the “Village” in the bus.

I hope everyone had a good time and are looking forwards to next year.